I know I know I am late as heck but, better late than never.

The Fam Debacle: Anthony Famiglietti is a very well established runner, 2 time Olympian to be exact. Famiglietti was three spot/less than a second away from the qualifying standard for the 3,000m steeplechase. Being the reigning US Trials Champion, one would have thought he would be able to make an appeal and be allowed entry into the race. So that’s what he did. He paid $250.00 to have an appeal opened and was literally robbed because he had to beat the results out of the USATF. His appeal to run was denied without adequate reasoning. It may have something to do with his previous sponsors, Adidas, Saucony, and he now runs under his own Reckless Running brand. USATF = another name for Nike. USATF MLDR Glenn Latimer called track fans “little wonks” when replying to emails from Famiglietti and his supporters.

Congrats on the son!!

Thank you, Anthony Famiglietti for following protocol, thank you for trying to give track fans what they deserve, a field of the best runners, and thanks for your relentless fight against the “powers that be”. More on the story can be read on Fam’s Blog.

which brings us to…

Alan Webb: Allowed to run in the 5,000m race because he reps the Swoosh on his chest. He was skipped over 10 runners with faster times than his. He was the slowest in the field by over 10 seconds!! How did he get accepted into an event he had no chance of making it to London in? He didn’t even have the A standard in his marquee event (1,500m) and he didn’t make the Olympic team in 2008. How did he get his appeal accepted? He went on to run a 14:01, one place away from DFL in the qualifying round! He then pulled out of the 1,500m.

Congrats on the daughter!!

Brooks Running: 4 Brooks employees including their CEO were escorted from the US Trials. It was insane, Nike has a monopoly on every market for most major sports, and track and Field is a major sport so why not monopolize it? Nike in London. 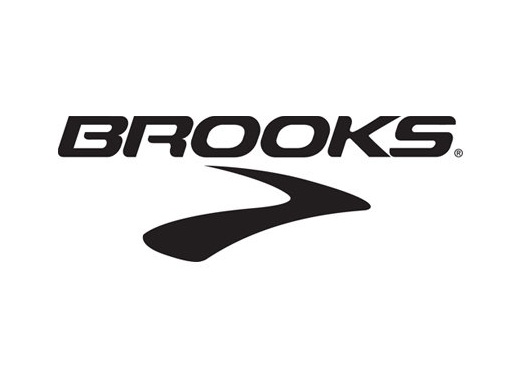 Allyson Felix/Jeneba Tarmoh: Damn! This was the biggest story at the Trials. Bigger than Ashton Eaton’s WR, scratch that, she has NO ASS! 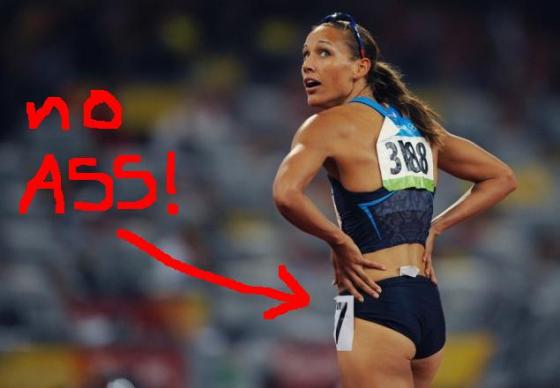 You can’t script shizz like this…or can you? Cycle back a few weeks ago to the Women’s 100m Final, Felix in lane 2, Tarmoh in lane 1. BANG, the gun goes off and Allyson Felix has a terrible start (Nike’s worst nightmare seeing how Felix is their poster child). Tarmoh, also a Nike athlete, has an amazing start and looks to be in the lead for the first 30m of the race. Felix’s strength brings her back into the race as she attempts to catch Tarmoh for the 3rd and final spot on the US Olympic 100m team. Just like that it’s over, Jeter in 1st, Madison in 2nd, and Tarmoh in 3rd with a 11.07, Felix came in 4th with an identical time. Fast forward a few minutes later and BAM, we have a tie! NEVER in my life have I heard of a tie on such a big stage for track and field. So what is to be done? Can all 4 athletes go to London in the open 100? Will they have to draw straws? Will there be a runoff? After days of anticipation, Felix and Tarmoh agree on a run-off that will take place on the last day of the Trials. in the meantime, Felix goes on to win the 200m in 21.69!! Tarmoh comes in 5th in 22.35. Regardless of the outcome of the run off both runners will go to London as a part of the 4×100 relay team and since Felix just won the 200m, you would think that she would pull out of the runoff and allow her friend/training partner to have the final spot in the 100m. Weeellll, she didn’t; Allyson was being greedy, do you blame her? Needless to say Tarmoh decided that her heart wasn’t in the right place and pulled out of the runoff herself. A move that made me smile, I must agree.  Not because Felix is now running the open 100m, but because Tarmoh did not let Nike/ABC/USATF make more money off of her; they made such a big deal about it and at the last minute she pulled the plug. Sucks to suck!

Oh, so that’s how it works

** Will the fans stand up and make their voices louder and presence stronger?  You can make a difference and can change the sport for good forever!  Use social media and your voice to make that happen. Call this office number to directly contact John Chaplin and tell him what you think 509-595-7355.  Email USATF. Email John Chaplin jpchaplin@hughes.net Email Fred Finke.  Email USATF CEO Max Siegel, Max.Siegel@usatf.org  Be the change you want to see in the sport. – Anthony Famiglietti

Definitions (brought to you by UrbanDictionary.com): 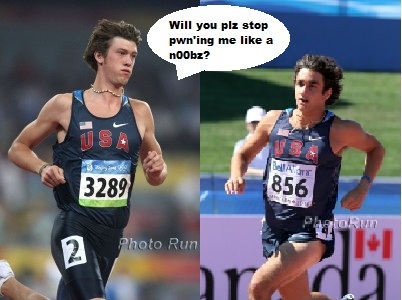 So what ever happened to that Andrew Wheating character? Maybe with the recent turning pro of Robby Andrews, he will be inspired to show his face again.

So heres the story:

A BUSHY eyebrowed freshman, Robby Andrews goes undefeated at 800m during 2010 indoor season. He then caps of his indoor season by nipping Senior, Andrew Wheating at the line in the 800m race at the 2010 NCAA Indoor Championships.

my mouth + your logo = Orgasm?

How embarrasing. So Wheating, being the 800m stallion he is disregards the loss because truthfully, only n00bz run indoor. He begins training for the 4×800 at Penn Relays. Of course, being a senior and shit, he lost? Shit just got serious!! 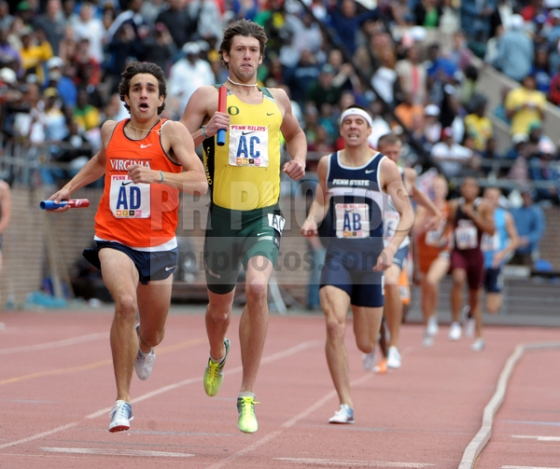 And so the brewing BEEF sets the stage for an epic battle at the 2010 NCAA Outdoor Championships, a battle in which both competitors would come prepared. Wheating brings his gun and Andrews brings a knife. (NEVER bring a knife to a gun fight) Needless to say, Wheating kills Andrews, 1:45.69 to 1:46.83. And then he goes on to win the 1500m race the next day. What a hoss. 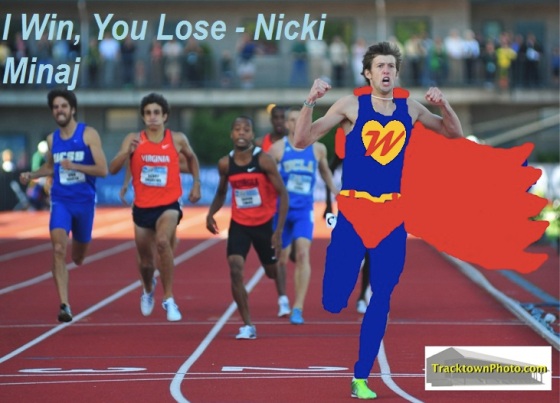 Now watch me Superman that ho

Now days, you can find Robby Andrews , he is currently a DROPOUT! Wheating has been kicking it with his homies, still talking about how he beat Andrews at NCAAs 2 years ago.

Oh, so that's where Kanye got the idea

I beat him because this is how big his pud is.

So who is better?

Wheating owns the better PRs, but Andrews seems to come mentally prepared when the two collide. Although I like both runners, imma have to go with…

Definitions (brought to you by UrbanDictionary.com):